Welcome to the 2018 issue of the Journal of Jungian Scholarly Studies. This year, my first as General Editor, confirmed for me the sweetness of respectful collaboration. The expertise of the editorial staff; the gracious mentorship by my predecessor, Inez Martinez; and the authors’ and reviewers’ dedication to excellence, made it possible to produce a peer-reviewed publication that demonstrates the relevance of Jungian thought in a tumultuous world.

Essays in this collection reflect the theme of the 15th annual conference held in Arlington, Virginia: “Complexity, Creativity, Action.” The significance of our location—across the Potomac from the White House—was not lost on the individuals who gathered to hear papers in June 2017. Jungians, like other serious intellectuals, are challenged to engage in the heated and often dissonant cultural discourse that has only intensified since the presidential election of November 2016. As depth psychologists, we are obligated to reject simple explanations bounded by the spirit of the times. The prevailing social and political chaos is complex and requires creative thought and action—in prose, poetry, and art.

The first essay, entitled “Trump’s Base, Ahab, and the American Dream” by Inez Martinez, is a compelling transdisciplinary study that uses Jungian complex theory and Herman Melville’s Moby-Dick to analyze the fury and rage of Trump supporters. The erosion of white-male dominance in America has produced a victim complex, Martinez argues, that bears strong similarities to Ahab’s sense of victimization by the white whale. Ahab is trapped in a losing struggle for dominance and meets his end forever bound to the thing he vowed to kill. Ishmael, on the other hand, survives by embracing diversity and interdependence. His survival, Martinez says, suggests a creative possibility for all US citizens: to re-vision the American dream so that the individual pursuit of happiness is modulated by concern for the common good.

Concern for a common good is also a theme of Jonathan Vaughn’s essay, “SoulSearching at Standing Rock.” Like Martinez, Vaughn uses Jungian complex theory to explore the conflict between members of over 300 Native American tribes and the private company, Energy Transfer Partners, hired to build the Dakota Access Pipeline. Vaughn argues that two cultural complexes, a Native Complex and a Pilgrim Complex, which have been continuously functioning since the nation’s founding, manifested in the Standing Rock controversy. Whereas the Native Complex is characterized by the perceived invisibility of indigenous peoples, the Pilgrim Complex is characterized by a separatist drive that demands freedom at all costs (even death) and justifies destructive, genocidal behavior as a means of preserving colonial culture and community. Vaughn points out that both complexes intersect at a place where each group intensely seeks freedom, relevance, and acceptance.

The complex political conflict that Martinez and Vaughn address in their essays is the subject of Joli Hamilton’s analysis of the drug abuse, sexual manipulation, and murder dramatized in the television series House of Cards. The power-obsessed central characters, Frank and Claire Underwood, are morally repugnant yet strangely enticing; audiences flock to the show’s grotesque imagery. To explain this phenomenon, Hamilton creates a dialogue between Jacques Lacan’s theory of the phallus and Thomas Moore’s  discussion of the sadistic aspect of psyche. The intense dramatic events in the series, she argues, are the necessary sacrifice of innocence required to increase consciousness. House of Cards ravishes American political ideals and depicts a multitude of perversions possible in the bureaucratic shadows of its fictional world. Hamilton concludes that it is dangerously naïve to focus exclusively on the light aspects of psyche or passively enjoy the darkness depicted in the series as mere entertainment. She suggests instead an active and creative response to the multitude of perversions evident in fiction and in reality: the intentional psychological digestion of darkness, as necessary today as it was in the time of the Marquis de Sade.

The theme of an inclusive psyche featured in Hamilton’s essay is central to Matthew Fike’s analysis of Gloria Anzaldúa’s Borderlands. Although Borderlands aligns with Jungian psychological concepts and is particularly indebted to James Hillman’s Revisioning Psychology, Fike demonstrates how Anzaldúan thought re-visions that work by emphasizing expanded states of awareness, body wisdom, and the spirit world. For Anzaldúa, a more inclusive vision of the psyche is reflected in El Mundo Zurdo (the Other World) of the personal and collective unconscious, dreams, and creative imagination. El Mundo Zurdo is real, and Anzaldúa accesses it in the writing process through becoming a conduit for imagery from the collective unconscious. Fike concludes his sophisticated analysis by arguing that Anzaldúa and her text embody and enact the change that she seeks to inspire in her readers: dwelling in a third thing, a Borderland, that acknowledges but transcends binary points of view.

Anzaldúa’s writing process, in which she places her conscious mind in service to imagery arising from unconsciousness, expresses a theory of creativity that Jonathan Erickson explores in his essay “Jung and the Neurobiology of the Creative Unconscious.” Creativity, which has always been a mystery, has attracted numerous theories to explain it. There has been explosive interest in the interdisciplinary field of creativity studies, with more than 10,000 papers published in a single decade (1999 to 2009). The essay begins with a brief excursion on C. G. Jung, who asserts an inextricable link between creativity and the unconscious, then segues into a discussion of recent neurobiological accounts of conscious creativity. While noting our understandable cultural fascination with the brain, Erickson warns against the reductive materialism inherent in the biological perspective. We of the depth psychological persuasion, he concludes, should be mindful not to allow the current prominence of neuroscientific models to eclipse or, or even worse, devour our field.

We continue the innovative practice, begun last year, of including poetry and art in the Journal since they too furnish a creative response to complexity. A separate section includes all of the art selected for this year’s issue, accompanied by the artist’s statements about the work. Selected works have been paired with the essays and poems to create a conversation between image and text.

On behalf of the editorial team, wonderful collaborators all, I welcome you to Volume 13 of the Journal of Jungian Scholarly Studies. 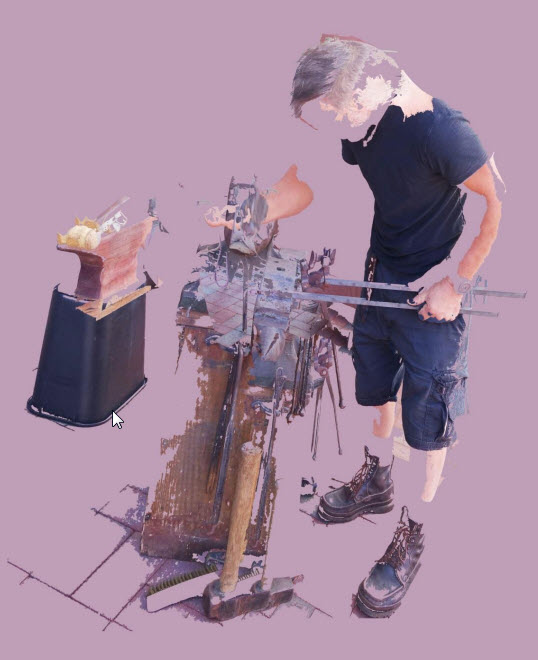