Last year we successfully introduced the Kindle and other portable devices to the Journal of Jungian Scholarly Studies. This year's Journal continues those formatting choices. As guest editor of this year’s journal I have the pleasure of introducing the four essays included in this volume.

This year we have many good contributions building off of the 2015 JSSS conference on Nature and the Feminine: Psychological and Cultural Reflections that was held in Edmonton, Canada.

The first paper in this year's Journal is by Elizabeth Nelson in which she connects a Jungian interpretation of the Homeric Hymn to Demeter with “a ritualized enactment of the central Eleusinian mysteries using the principles of authentic movement.” Through this practice she is able to approach Homer’s writing with a fresh perspective that interprets the reciprocal relationship between Hades and Persephone as generative, leading to the abundance of the underworld. What is particularly important about Elizabeth's paper is her effort to discuss movement as a means of interpreting myth. While necessarily approached experimentally, the use of movement in this manner offers room for future innovation.

The second paper in this year’s journal is by Matthew Fike who explores Jungian themes in Doris Lessing’s novel Briefing for a Descent into Hell. He begins by describing what is known about Lessing’s modest appreciation of Jung and then suggests that she drew more on Jungian elements than has been previously recognized. Fike focuses on the extent to which Lessing likely was well versed in Jung’s Memories, Dreams, Reflections, which she used to portray her character “Charles Watkins’s descent into madness and return to sanity.” In his analysis Fike compares Jung’s actual experience of encountering the unconscious to Lessing’s description of Watkins’s. And, as you will see, the comparison is detailed and convincing.

The third paper in the journal is by Inez Martinez who explores the way in which Isak Dinesen, in her short story “Blue Stones,” is able to reanimate the material world. Martinez connects these efforts to Jung’s interest in literature as a compensatory force for what a culture denies. She also traces the unintended consequences of Jung’s use of “deformed rather than perceived images,” in how they diminish “the material aspects of synchronicities.” Martinez encourages us to reconsider these aspects as a way of helping to heal an illness of our time, that is, the way in which our loss of the liveliness of matter has led to our being possessed by materialism. By connecting us to Dinesen’s writing, Martinez offers an example of literature as healing, as activating a reanimating power of the objective psyche.

I’m pleased to introduce the fourth paper that has been written by Halide Aral from the University of Çankaya in Turkey. She analyzes “how heroic masculinity and Christianity, due to their negative attitude toward the feminine, problematize masculine individuation.” Using Jungian thought to guide the development of this thesis, Aral examines the characters of Romeo and Mercutio in Shakespear’s Romeo and Juliet. In this paper Aral makes a good case for the difficulties of masculine individuation, the necessity for it to include an integration of the feminine, and the lost opportunities when the femine is not integrated. 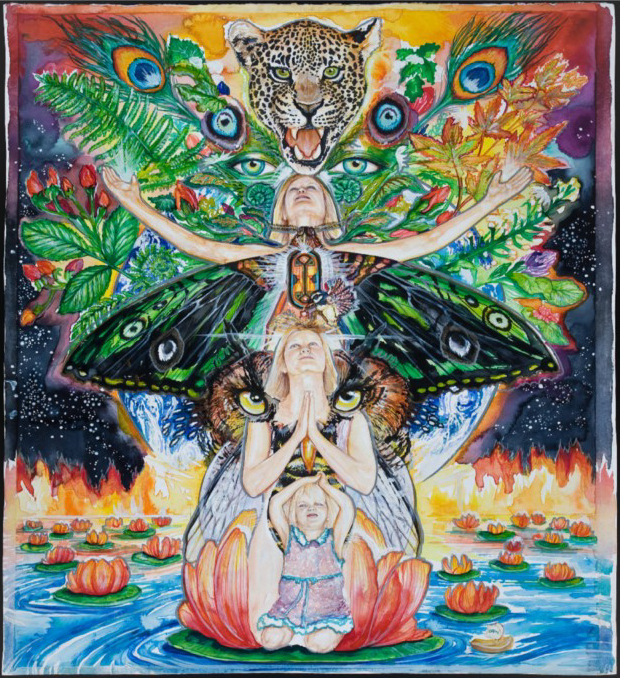